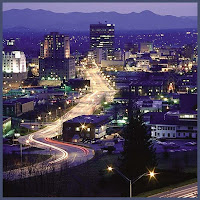 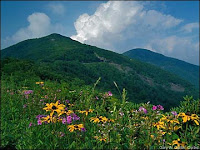 May 21-23 the Missus and I enjoyed our third wedding anniversary with a trip to our favorite local urban area, Asheville. As one might infer, beer was involved. Here are some of the cerevisial highlights:

I. The Bier Garden.
Excellent beer destination in Asheville! Right downtown, across from Malaprop's Bookstore.

Roomy -- if anything, it's TOO roomy, lending a certain reclaimed-retail-mall-space feel that one might not want in their watering hole of choice. However, the bar proper is cozy and just-slightly-Victorian-enough to be inviting, and there's no fear of bumping elbows and spilling your pint. Game room in the back, nice clean restrooms, and lots of European football (the one with the round ball) on the telly.

The bartender was one of the most friendly, engaging, energetic I've seen recently. Bravo. The selection -- well, it's the (technically) widest tap-and-bottle selection in town. What's to complain about? We were also there (who knew??) on "Irish night" -- special prices on Smithwicks and Guinness pints, as well as on Jamesons! Prices (even without the Irish specials) were, for the most part, quite reasonable. The high-gravities seemed a bit silly ($11 for a Chimay Blue? Give me a break!) but most of the standard session draughts and bottles where quite reasonably marked. And, for the record, fun glassware.

We didn't try the food, but the table next to us had some good-looking snacks on their plates.We're definitely going back, and definitely to try out the food menu next time.

I tried two brews at the Garden, which, ironically enough, weren't that stellar (but that wasn't the bar's fault -- although perhaps with the Pisgah it might have been). Sara fared much better: a ($2.50!!!) Smithwick's draught, and a Dogfish Head 90 Minute (also on draught!)

Here were my goes:

First off, perhaps getting a litre-size was not the best idea. I was so impressed that the establishment offered the litre option for the taps (and at the prices!) that I felt like I couldn't pass up the opportunity. Just not sure if this was the best brew to go with.I also must say that I have been a fan of Pisgah brewing for some time. (link to earlier post) Organic or no, this particular offering is probably my least favorite of their array, however.

Appearance: Copper, cloudy, like a good craft APA should be. Inviting. (3.5/5)
Nose: What in the world!?! My least favourite part of the whole experience. Again, might have been the litre mug, might have been an off-tap, who knows? An off nose, at any rate: almost on the way to a "rancid" quality. To the point where in order to enjoy the taste (which I did) I had to close off my nose whilst sipping. (2/5)
Taste: Smooth and hoppy. All of Pisgah's brews must use the same yeast strain, because I recognized a certain Pisgah-y familiarity on the tongue. (3.5/5)
Palate: Snappy and crisp. Very APA-appropriate. (4/5)
Overall: I'm disappointed in a very good brewery for this one. Again, I might have had an off tap or an off glass. Drink it cold, is my advice. (3.2 -- C+)

Appearance: What can I say? Yellow. Brightly so, like a Hoegaarden on steroids. Like perhaps the beer includes carotenoids. (3/5)
Aroma: At first blush, coriander, with a sweet grain-maltiness. At second blush, more of the same, with a nice shallow depth. (4/5)
Taste: OK. Classic wit, nothing spectacular, but nothing off either. (3/5)
Palate/Mouthfeel: A bit on the sticky side but amply refreshing. (4/5)
Overall: Not my favorite witbier, but it will definitely suit the bill if you're looking for a wit to drink and it happens to be what they have. All in all, somewhat plain. Interesting that the "kerke" in question on their label/tap handle is a plain white clapboard frame thing, because that's the overall effect of the beverage: plain, unassuming, mainline-protestant-style witbier. No stone bell towers or fancy stained glass with this one. (3.35 -- B-)

A nice outdoor patio right in old downtown. I had seafood chowder and an order of local-caught trout dip on toast; she had an amazing salmon dish with the same soup. Really nice place; I'm eager to go back and try the lunch menu.

Not a huge beer list, but:
a) Sara got Sierra Nevada Pale Ale and loved it! (There's a story here -- way back in the spring of '03, I persuaded her to get a pint while on a trip to NYC, saying, "you'll love it!" It did not go over well. Five years later, though, my now-hop-head wife is singing another tune. So, in the [very] long run, I was right. She did love it. It just took a while.)

b) I had a Samuel Smith's Nut Brown Ale (see separate review forthwith).


III. French Broad tasting at the Brewery
This was a throwback to our first anniversary (also spent in Asheville). "Support Your Local Brewery" is a common bumper-sticker and t-shirt logo these days. Well, with French Broad up the road, it's fairly easy -- and enjoyable -- to do so. And with offerings such as their Irish Stout, how could I not support them full-force? Pints, half-pints, and growlers available right there in the brewery tasting room, where they also feature live music more often than not. The only caveat, the tasting room closes at 8pm on weeknights.

Appearance:Dark, dark dark. Like a black steer's tuckuss on a moonless Prairie night. There was no bottom. (Well, unfortunately, there WAS a bottom to my glass). (4.5/5)
The nose is rich, hoppy, floral, inviting. Luring me in for the kill... (4.5/5)
Taste: A lovely roasted malt pervasiveness leads me along to an almost chicory presence that I find absolutely divine. O for a blackened catfish, or wood-roasted scallops, or charred Argentine steak! The pairing would be seamless. (4.5/5)
Palate:It finishes silky and smooth all the way down, if sitting somewhat heavily on the bottom (but then again, this was an after-dinner beer for me, perhaps not the best situation). (4.5/5)
Overall: Bravo and bravo again! (4.4 -- A)


IV. Lunch buffet at Mela Indian Restaurant
Well, this is a personal favorite repeat spot for us. The discovery this time around was simply this: drink Highland St. Teresa's Pale Ale with spicy Indian curry!!!
Posted by Mark aka "Perm"

dude, you should listen to your special lady.